Here’s the situation, you’re running late for work – there’s no time for breakfast but you’re absolutely starving. You see the Golden Arches of the local McDonalds across the road from your office and you realize this is the only realistic place that you can get breakfast at this time in the morning. But you’re trying to stay healthy and don’t want to waste all of your precious calories in one meal. What do you do?

You might be tempted to go for the Fruit N Yogurt Parfait, it has blueberries (which are definitely healthy), strawberries, low fat yogurt, and low fat granola. It contains only 150 calories, and only 2g of fat. But the protein is very low with just 4g per serving. If you have a protein shake in your car then this would be a good choice, but if you were that organized you wouldn’t be in this situation anyway. You might even be tempted to get one of their sausage burritos or McMuffins, but let’s face it: Sausage from McDonald’s is going to be packed with fat.

The Best Choice: The Egg McMuffin

Without question, the standout winner is the Egg McMuffin. It’s 300 calories and just 12g of fat. It also contains 18g of protein per serving. If you find that the fat is a little high for your current goals then you have two options. 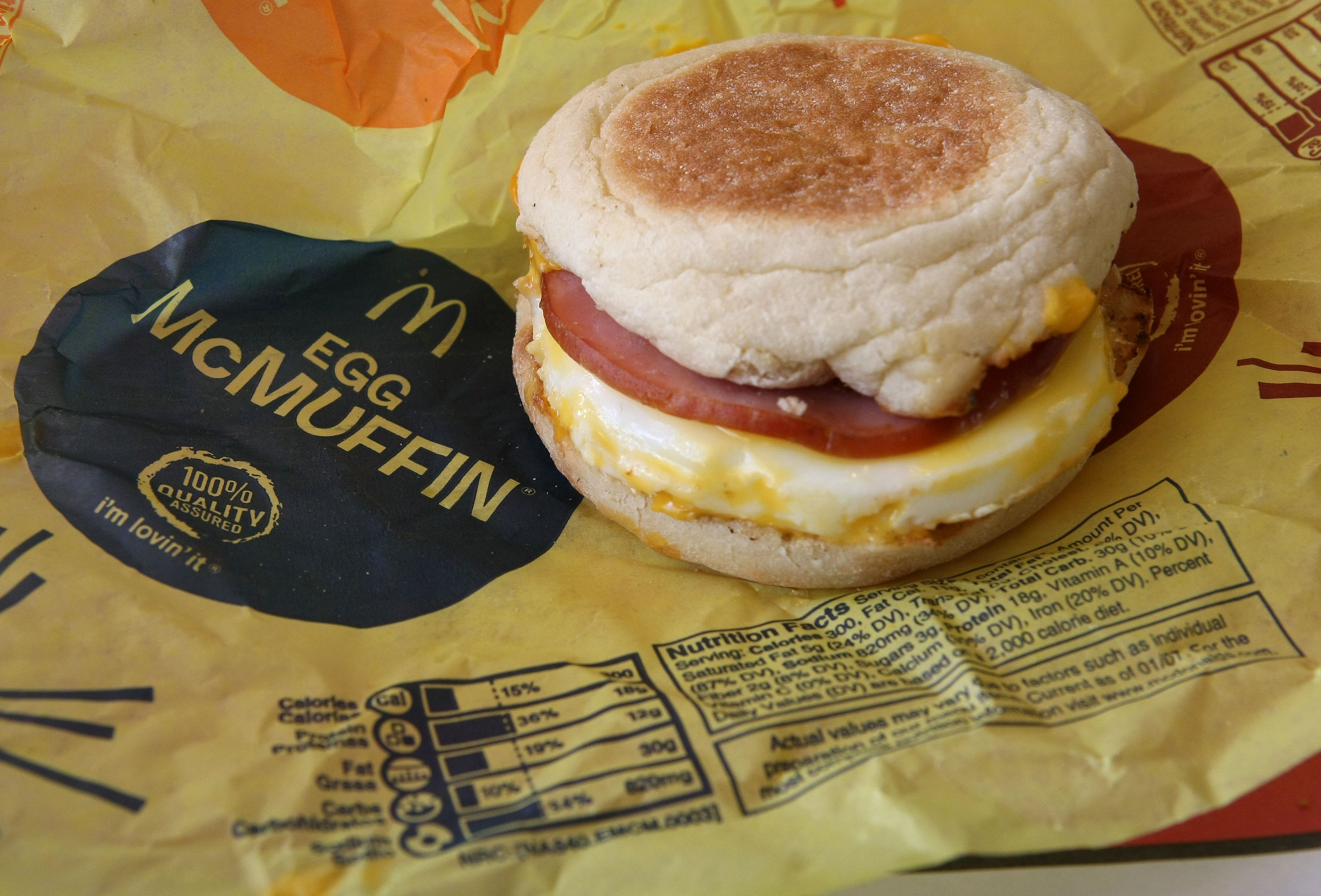 Fat Loss Option 1: You can order the Egg White Delight McMuffin, which is exactly the same but only uses egg whites. It is 40 calories lighter (260) and only contains 8g of fat rather than 12. It has 16g of protein rather than 18g, and 1g less carbohydrates.

Make it a Healthy Meal

Grabbing a black coffee will keep your calories down as it only contains 1-5 calories per serving (unsweetened). The caffeine will raise your metabolism, banish fatigue and help to burn fat. You could also order a side of apple slices which are just 15 calories and will help to increase your Vitamin C, Vitamin A, and potassium levels. You could also add an Orange, which contains just 35 calories, and even more Vitamin C.

So that’s one Egg McMuffin hold the cheese, one black coffee, a pack of apple slices, and one orange.

If the calorie amount is too low (i.e. you’re a big dude with a large amount of muscle) then you can add a second Egg McMuffin (without the cheese). This would give you a total of 440 calories, 26g of protein, 6g of fat, and 69g of carbohydrates, which is still a solid meal on the go or even at home.