Let’s knock this Russia collusion garbage out of the way right now. In an interview with former CIA undercover operative and current Congressman Will Hurd who sits on the House Intelligence Committee, Russian collusion basically got slammed pretty hard. He stated point blank: “This is going to go down in Russian history as the greatest covert action campaign not because of who won the election. That was won fair and square. It’s going to go down as the greatest covert action because it created a wedge, whether real or perceived, between the White House, the intelligence community and the American people.”

Of all people, Will Hurd has a pretty decent background to speak on such subjects as he spent nearly a decade in the CIA. His extensive knowledge of the intelligence community puts him in a unique position to advise the current administration on policy regarding Russia. Hurd, like many other politicians do not see Russia as an ally, but rather an adversary playing their own game of cloak and dagger, just like they did during the cold war. The players appear to be all the same, but  the names have changed. 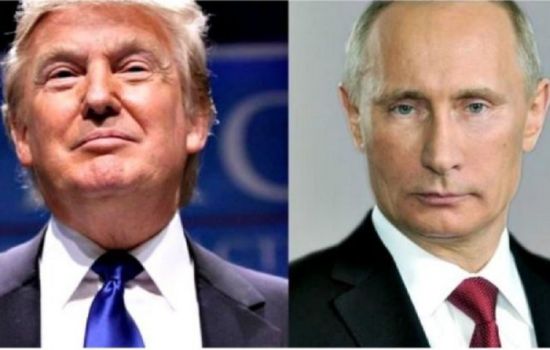 At a time when the global stage is ripe for another worldwide conflict, the pervasion of Russian influence into our society and the divisiveness is causes is its own problem. It’s not so much about the election, it’s the fact that Russia made enough people believe it colluded with Trump to drive a wedge into the heart of our country. When the president needs the intelligence community the most, there is a clear distrust between the two. How can we as a nation be successful with this scenario? Hurd has a solution, as he shares this cautionary tale: “Having spent time in Eastern Europe, I’m creating an axiom that says, the closer you are to Russia, the less likely you are to believe their nonsense.” It seems the farther away you get from Russia, the easier it is to believe their garbage as well.

According to Hurd, the United States does not have an agency like the Russians that enacts propaganda or repels it such as Russia’s GRU (our version of the CIA) does. Sadly, according to Hurd, the spread of propaganda is getting harder and harder to overcome. Russia’s main success was that they put the question into the heads of American’s that our elections were not legitimate. Our media, just happened to run with it because their lady in waiting, Hillary Clinton lost. Congratulations mainstream media: You helped the Russians.

What we can thankfully take away from Congressman Hurd is that there was no collusion between the Russians and the current administration and the election was won fair and square. Does that mean we should lower our guard? Absolutely not! But it does mean we need to get past the agenda politics of trying to use Russia as an excuse for Democrat party losses at the most recent election.