It’s getting harder and harder to have a relationship with Iran. At this point, the spark, and all the surprise is gone from a relationship once full of chemistry. According to a German intelligence apparatus, Iran has sought to violate the Joint Comprehensive Plan of Action (JCPOA) that was intended to stop them from becoming a player in the world’s nuclear game. Come on Iran, where is the surprise? It’s like you’re not even trying anymore.

The latest intelligence from Germany indicates that Iran used front companies based out of places like the UAE, Turkey, and China (all just, great allies to the U.S., we know). This intelligence report could not have come at a better time for those of us concerned with U.S. interests as President Trump is set to make a decision regarding the deal struck with Iran over nuclear weapons. Iran made thirty-two attempts to gain information and materials for the regimes missile programs. In 2015, Iran made 141 attempts.

See what we mean? It’s the same old, same old with Iran. Always trying, always getting caught.  The latest trend in the illicit attempts are to use “guest academics” to research nuclear programs. The intelligence document reads as follows “An example for this type of activity occurred in the sector of electronic technology in connection with the implementation of the enrichment of uranium.”

Look Iran, it’s one thing to make the United States mad, we’ve never really liked you since you did that garbage to our embassy in the 70’s. Germany, however, has been a pretty cool cucumber to you and now even they are getting annoyed with your repeated attempts to violate an international treaty. 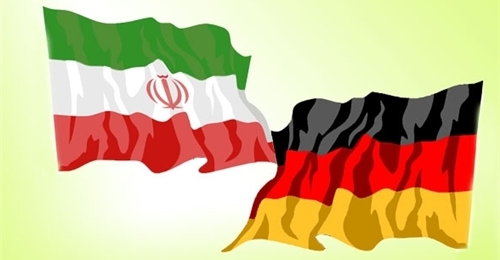 The United States has long known about the fact that Iran wouldn’t stop trying to be a thorn in the side of the international community as they’ve been accused of enabling Bashar Assad’s use of chemical weapons in Syria. Republican Senator Marco Rubio said that he’s “gravely concerned” in relation to Iran’s behavior in regards to the Syrian chemical weapons program. Rubio went on to state that “Congress and the White House should work together to hold the Assad regime accountable for its war crimes and impose harsh sanctions against its enablers.” Unfortunately, the sanctions seem to not be working as Iran has shown their willingness to go behind the international communities back to acquire what it wants when it wants, with impunity.

Despite the illicit behavior by Iran recorded in this intelligence reports, their actions are not explicitly forbidden in the JCPOA according to German diplomats of the U.N Security Council. “We have no indication of Iran violating its JCPOA commitments. Quite on the contrary, the recent 2016 Report of the Federal Office for the Protection of the Constitution states that there is no evidence of Iran violating the JCPOA” (Except for these intelligence briefs you just received–maybe use those as evidence?). Thank you politics for allowing a state sponsor of terrorism to potentially go unchecked in its endeavor to acquire nuclear weapons.