Is the “Company” the Marine Corps’ next ultimate unit?

The origins of the Marine Corps’ small unit doctrine. A detachment of Marines at the Battle of Derna in 1805

I have written a number of articles over the past two months talking about the agility of the Marine Corps and how in the post 9/11 era we saw the Corps successfully scale “UP” to larger size operations, such as with the Regimental Combat Team, and in the Expeditionary Strike Group concept.

The world is changing, alliances are as different as our adversaries, and more than ever there is the need for light, mobile, and agile forces from all branches of the US Military. In the case of the Marine Corps, tremendous shifts have been made in the past few years to retrain and repurpose for smaller-scale expeditionary operations. This is a clear mandate that started under General Neller and now from the new Commandant General David Berger, and many would argue this is a pivot in the right direction for the Marine Corps and the nations ability to project policy around the globe.

Now it goes without question that the Corps makes it’s infantry battalions the cornerstone of expeditionary operations, which manifests in the Battalion Landing Teams (BLT) as part of the MEUS’s (Marine Expeditionary Units) , UDP’s (Unit Deployment Program under 4th Marine Regiment, 3rd Marine Division) not to mention the rotational forces that are situated around the strength and capabilities of an infantry battalion. But are even smaller unit deployments the Corps’ answer to future operations?

A recent symposium on maritime-based capabilities addressed the concept of the “Company Landing Team” (CLT). This would translate to reinforced infantry companies with attachments deploying independent from its battalion. And truth be told would allow for more units deployed in more areas on an even greater variety of missions than even today. 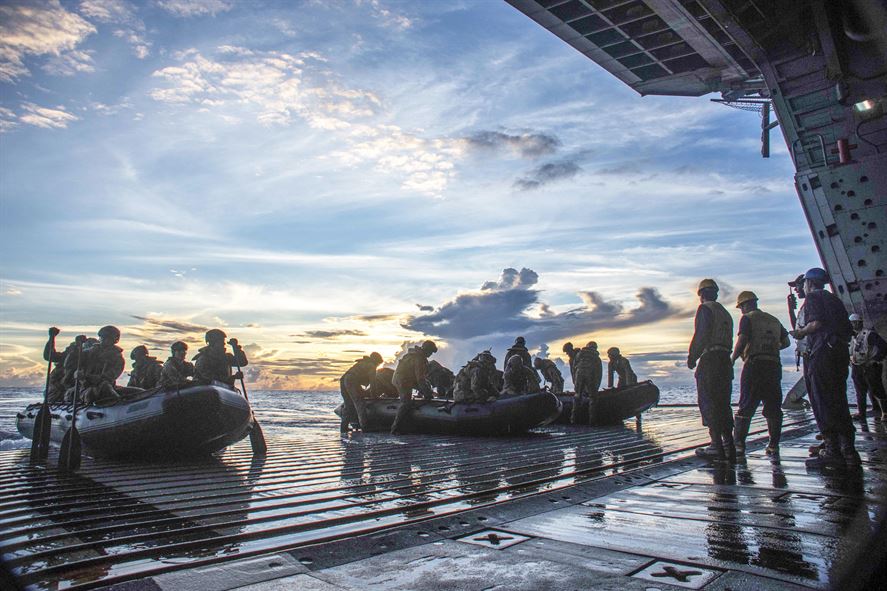 Small boat raid operations off the well deck of the USS Green Bay.

In 1992, Kilo Company 3rd Bn 6th Marines (3/6) deployed independently of 3/6 as part of a SPMAGTF aboard the aircraft carrier USS Theodore Roosevelt. They were a quick response TRAP unit (Tactical Recovery of Aircraft and Personnel) supporting flight operations over Bosnia. The deployed BLT’s always have this capability, but with operations in Somalia, Haiti, and even back in the Gulf region, the Corps showed true agility and capability when Kilo 3/6 deployed. In October 1993 Echo and Golf Companies from 2nd Bn 8th Marines (2/8) along with elements of Weapons and Headquarters deployed to Guantanamo Bay, Cuba for possible operations in Haiti. After a week the deployment scaled down to Echo Company, one platoon from Golf Company as well as a combined anti-armor and heavy machine gun section. The reinforced company would fall under the command of 2/8’s operations officer and ultimately the SPMAGTF. And this is not to be confused with companies peeling off from their battalion while deployed, we are talking about a true company level deployment. 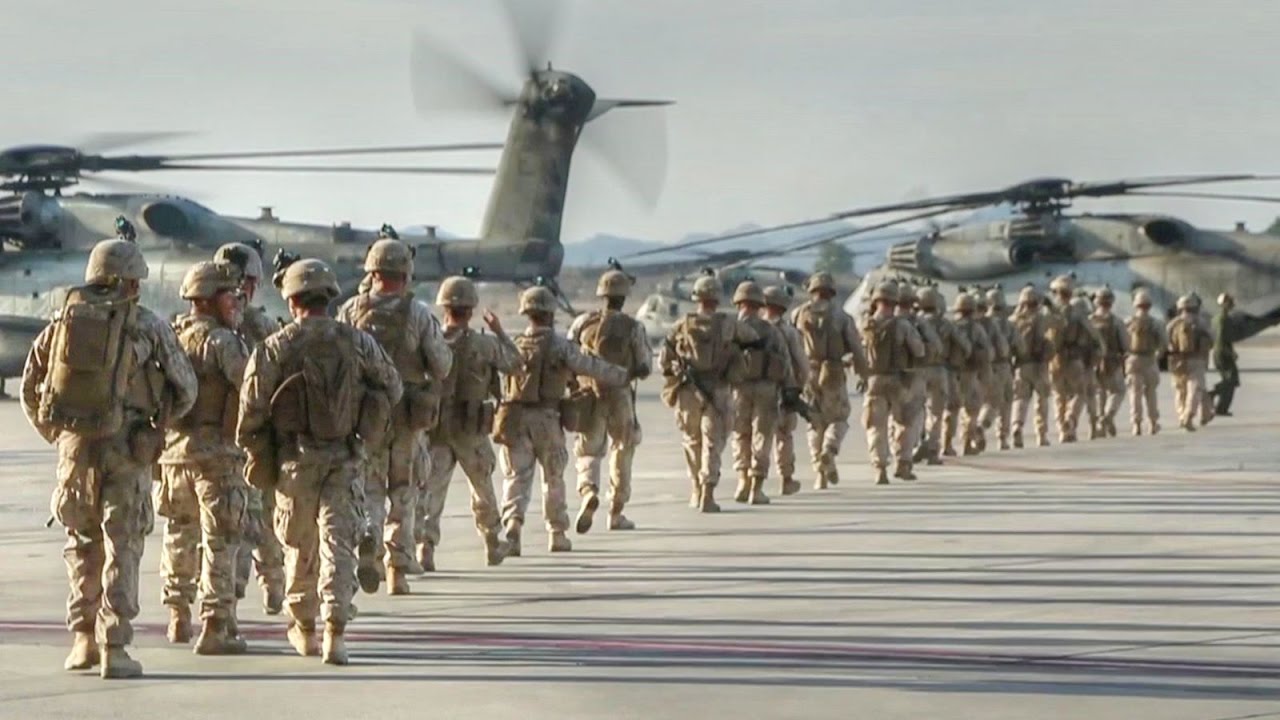 Through several counter-drug and counter-terrorism operations, the “company” has also proved to be an effective option. So why the attention to what is already a proven force? The Marine Corps’ dual responsibilities in Iraq and Afghanistan, bigger is better was the mantra, and it is a truly is almost a “lifestyle change” not to mention strategic shift for many Marines to move away from. Company level deployments will not only give greater reach and options but also increases the profile of the Corps within the Special Operations community. Units such as the Army’s 75th Ranger Regiment and the United Kingdom’s Royal Marines Commandos have been leveraging reinforced rifle companies to deploy with special forces units with tremendous success. June 2019, A joint training mission between US Marines and the United Kingdom’s Royal Marines Commandos, the units were honing ship boarding skills as Iran was increasing its belligerence on the high seas.

The adaptability of the Marine Corps to scale up or down is a key factor in its effectiveness and the role it plays in United States policy abroad. The Corps has been given its directive and as always it will be ready in every clime and place.

One thought on ““Company!””